Just as in the 1700s, Rappahannock County has an economy that is agriculturally based and a landscape that is dotted with small villages.  Villages typically began as frontier posts or crossroads and today provide world-class dining and bustling shops.  Present-day Amissville, Castleton, Chester Gap, Flint Hill, Sperryville, and Woodville are the most recognized villages and the Town of Washington is the county seat.

Amissville hosts an annual carnival the proceeds of which help fund the local, all-volunteer fire and rescue department.  Amissville also was home to the county’s first cidery-meadery.

See things to do in Amissville >

Castleton is primarily country homes and farmland with the exception of the Castleton Festival. This musical venue, founded by the late conductor Loren Maazel, offers opera and other musical performances.

See things to do in Castleton >

Chester Gap is the most remote village and the coolest, weather-wise. You can literally have your head in the clouds here before the morning fog lifts.  Sitting atop the mountain off Rt. 522 en route to Front Royal, it offers panoramic views of the valleys below that seemingly stretch forever.

Flint Hill offers outstanding hospitality with three popular restaurants, a variety of shops, and an instructional art studio. During the Civil War, Mosby’s Rangers frequented Flint Hill and nearby Huntly.  Area markers tell the story of Chaplain Willis of the Rangers who traded his own life to save a fellow soldier. Willis Chapel in Huntly was built in his memory.

See things to do in Flint Hill and Huntly >

See things to do in Sperryville >

See things to do in Washington >

Woodville is a smaller, quieter village with a beautiful old cemetery, large farms, and spectacular mountain views. The village is the birthplace of John Jackson, a local gravedigger who became internationally famous as a blues guitarist and singer. The first John Jackson Piedmont Blues Festival was held in Woodville in 2019.

See things to do in Woodville > 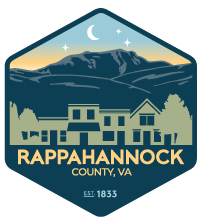