Rappahannock’s a place to observe more than the seasons of nature — there are seasons year-round of music, theater and other performances, from the intimate Theatre at Washington and RAAC Community Theatre to the Castleton Festival’s summer opera and classical music festival and year-round performances at Castleton Theatre House. Rappahannock is also home to talented performers you’ll often find performing at live music venues around the county.

On Gay Street in the center of Washington, the Little Washington Theatre presents musical and dramatic productions, many for just one performance.  In addition, RAAC presents films and community events there from time to time. Excellent acoustics and an intimate atmosphere make it possible to attract professional performers and appreciative audiences.  Check out the current season.

RAAC sponsors 1st Friday at the Movies featuring first-run films as well as Film Talk-Backs, which are showings of films and documentaries followed by a discussion led by subject-matter experts.

Rappahannock Association for Arts and Community (RAAC) sponsors a variety of readings, talks and story-telling.

On 2nd Fridays, writers and experts from various fields talk about their latest projects.

Soup and Soul presents a local artist describing their art and creative process. Held in host homes, these popular talks are followed by a pot luck dinner.

No Ordinary Person features local residents sharing true (and often riveting) stories from their own lives. 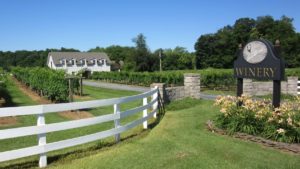 Rappahannock Association for the Arts & Community(RAAC)